Raised in the Missouri Ozarks, Stephen Eidson grew up fishing its many rivers and streams and hunting its forests. And while, nowadays, he spends most of his hours pursuing his other passion — art — nature and wildlife still occupy much of his time.

Now retired, Eidson spends much of his time in his studio, Wayside Art Gallery & Studio in Macks Creek, Mo. There, he can be found working on up to four pieces at one time, creating paintings or drawings, often from photographs he’s taken of nature scenes or wildlife.

In the stark hills and hollows of the Ozarks, Eidson says he doesn’t have to go far to find inspiration.

“What I’ll usually do is take a camera and go driving around. Usually rivers and creeks are the best place — not always, but almost always,” he says. “Around here, in the Ozarks, we have a lot of atmosphere. That makes this a good area to do art in.”

“You see the actual struggle of a tree to live — how the limbs curve, how gravity pulls them down and how they reach toward the light. … We don’t realize it, but that’s the reason we like it.
”

As a child, Eidson was riddled with illness, beginning with measles, which he says took its toll on his immune system. Often stuck at home, sick and in bed, limited in his ability to go or even see outside, he began to develop an interest in art.

“From the bedroom and back, we had kind of a lazy curtain that I would look out,” Eidson recalls. “[I taught] my eyes to become more critical of what I’d see because I was very limited in what I could see and what I could do.”

Eventually, in 2000, he was diagnosed with Common Variable Immune Deficiency.

Perhaps a reaction to the battles he’s faced in his own life, with illness, Eidson says that what he is drawn to most in nature is the “struggle of life,” which he strives to capture in his work.

“Sometimes, it’s the struggle of nature’s curves, where you see the actual struggle of a tree to live — how the limbs curve, how gravity pulls them down and how they reach toward the light,” he says. “That’s what we admire. We don’t realize it, but that’s the reason we like it. It’s the same way with humans.”

Eidson often seeks out water — mostly creeks and rivers — as the subject of his artwork as he finds it both calming and intriguing. But no matter his focus, he always tries to view it with a discerning eye.

“You train your eyes to see something — certain colors, certain shapes — … the same way [you do] with hunting.
”

“Something catches my eye and then I analyze it: What part of that caught my eye and made me like it?” Eidson says. “Most of the time, people are just too busy [to notice those things.] When you can kick it out of gear and just be one with nature, then … you can see those things.”

Eidson admits that he also could be better about paying greater attention to his natural surroundings. Yet he thinks his ability to detect the small, magnificent details in nature is in large part due to his training as an artist. But he believes others are capable of doing the same. 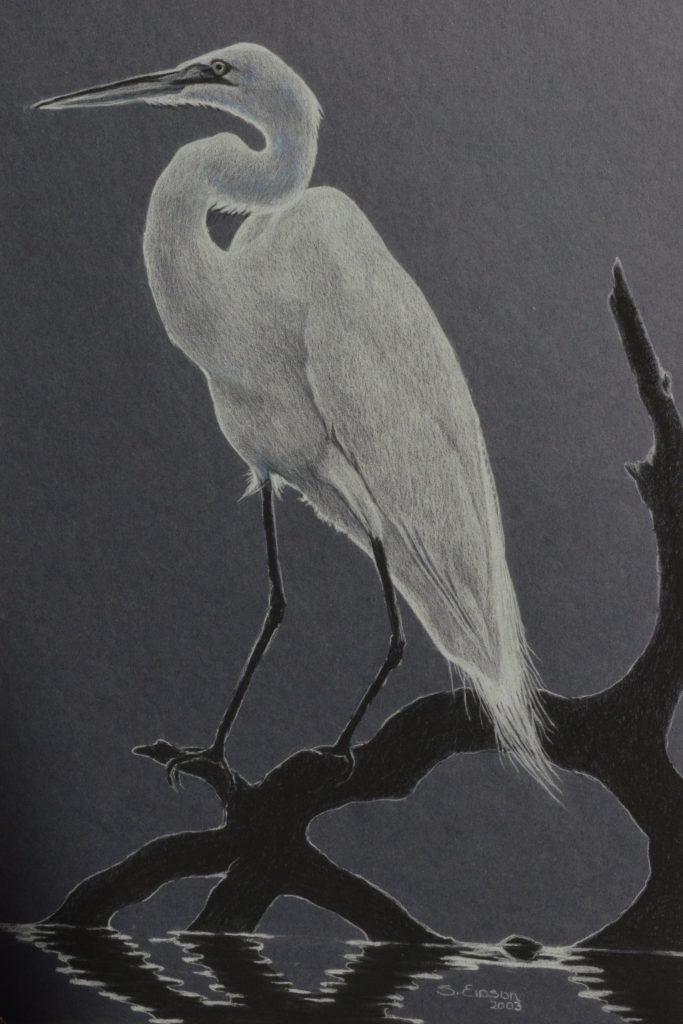 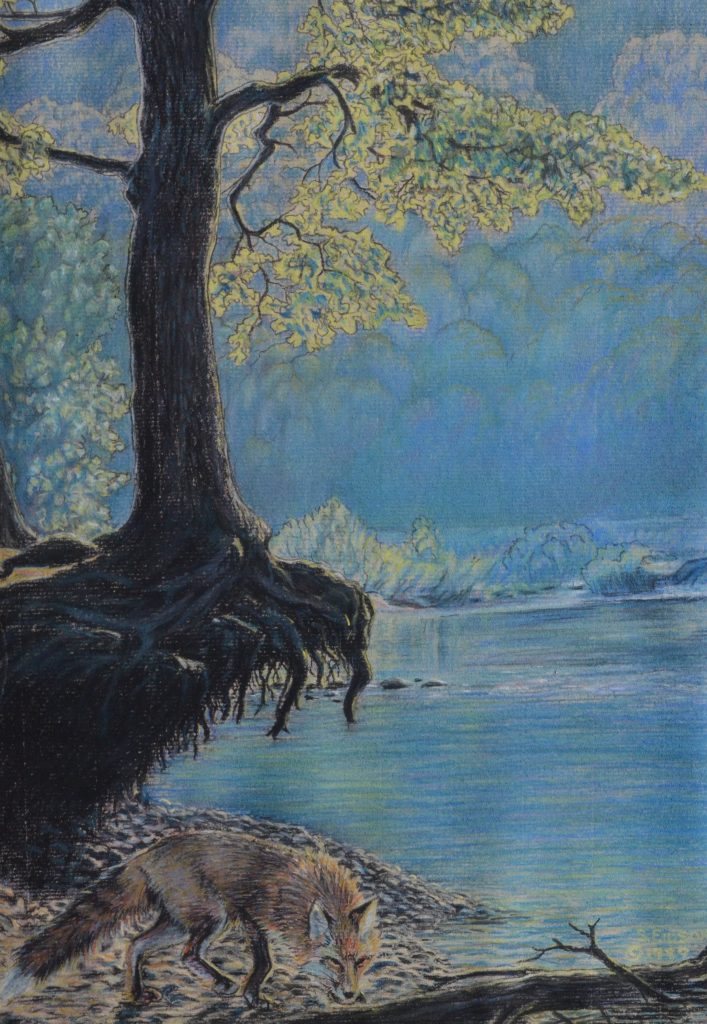 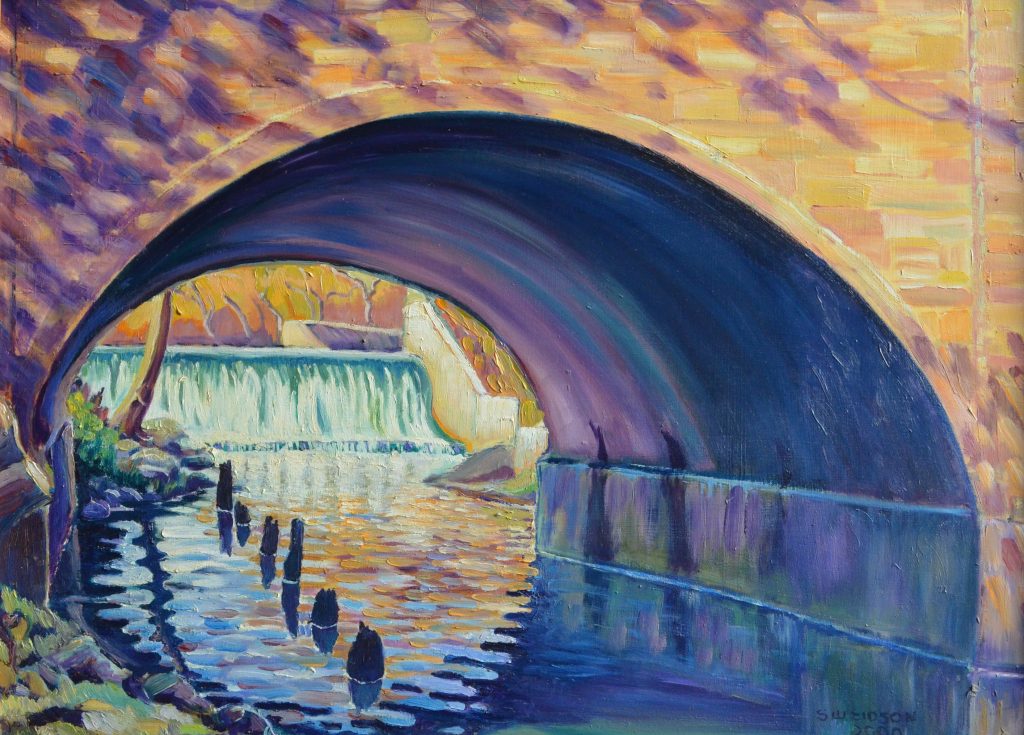 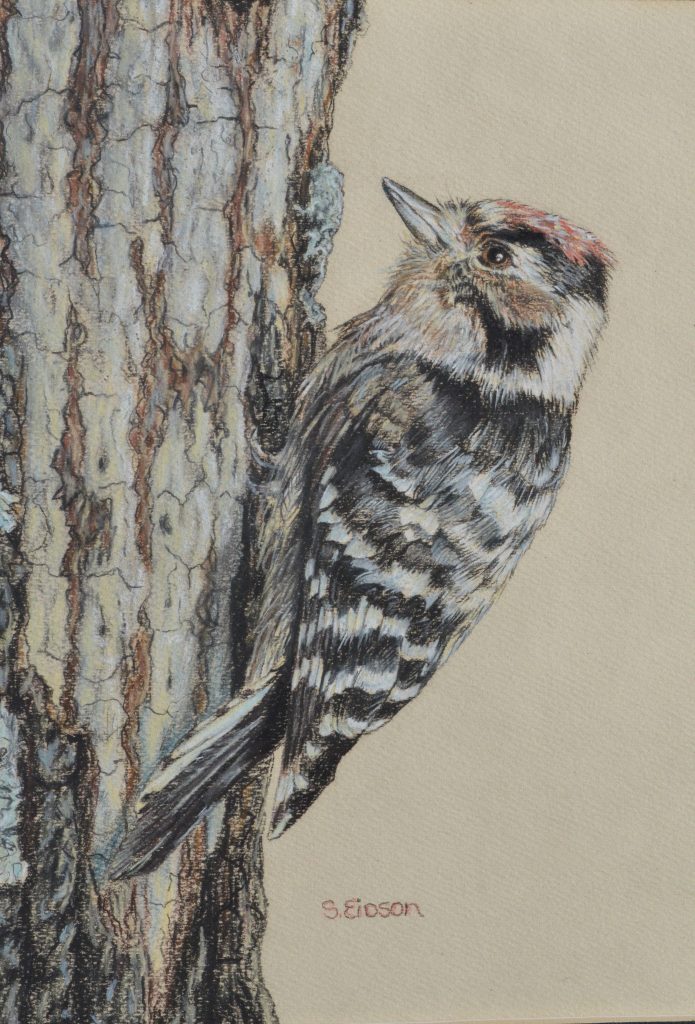 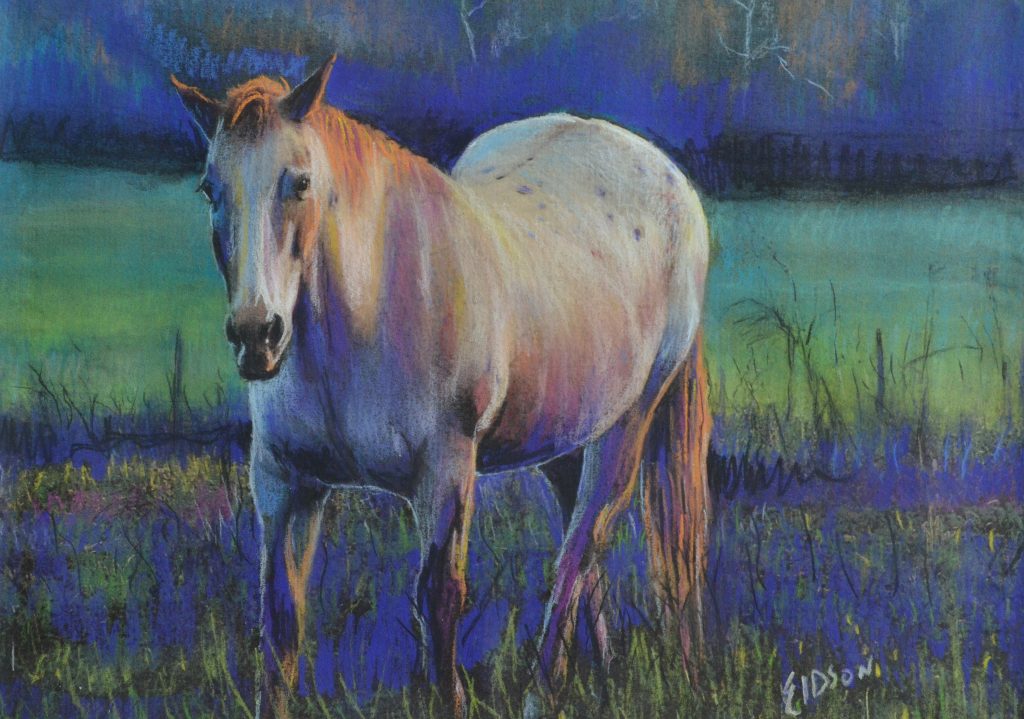