Grades of Green: Growing the Next Generation of Environmental Activists

That Americans are becoming increasingly disconnected from nature is well-known. But what’s less acknowledged is that a connection to nature is a strong predictor of pro-environmental views and behaviors — particularly if that bond was forged in childhood.

With a desire to instill in their own children a love of nature, recognizing the future impact it would likely have, four moms began volunteering at Grand View Elementary in Manhattan Beach, Calif., in 2008. Their efforts and good intentions soon attracted the attention of the Environmental Protection Agency (EPA), which awarded them its prestigious Environmental Award for inspiring kids and the broader school community to go green.

“
Young people are more aware than ever about their impact [on the environment] and are doing something about it.”

What began as an attempt to empower children at one school to care for the environment is now a national nonprofit organization that comprises 518,513 students at 665 schools across 47 states and 20 countries. Grades of Green’s goal is “to inspire and empower kids and the broader school community to care for the environment,” according to its website. Members gain access to the organization’s 40-plus online environmental activities and resources — designed to instill in young people environmental values — that focus on conserving air, energy, waste and water. Every activity is accompanied by a step-by-step guide, downloadable resources and other materials.

“Young people are more aware than ever about their impact and are doing something about it. Our student leaders are passionate about taking action to protect the Earth — from taking on water and energy conservation initiatives to creating solutions to reduce waste and toxins,” says Barbara Franqui, Grades of Green board chair. “Our goal is to transform awareness into action and to give these exceptional future leaders the tools they need to expand their impact to their broader community.”

Through its semester-long RISE Campaigns, students work to enact a local environmental solution with help from the organization’s virtual library of resources, including webinars; leadership trainings; a global network of other Grades of Green students; and personalized support from mentors.

One campaign has focused on conserving water and addressing water issues. As part of Grades of Green’s Water Campaign, students have worked to research, develop and implement projects. According to Franqui, many of the organization’s students have identified water as their top issue.

More than 100 teams representing 30 cities in eight countries participated in the organization’s last iteration of its Water Campaign. Grades of Green awarded Eco-Grants of $500 to four outstanding teams and one $1,000 grand prize — made possible by sponsors — to help students continue to fund their water solutions beyond the campaign.

“The campaign’s goal is to empower students to create solutions to a water conservation or water quality issue specific to their region,” she says. “Students not only measure the number of gallons of water they conserve or protect from contamination, they also learn the leadership skills needed to set goals and engage their larger community and local leaders in action.”

“
We saw a student team in Costa Rica build their very own greywater system to filter water for their school’s garden.”

During a similar campaign in the 2017-2018 school year, students conserved more than 17 million gallons of water through several of the organization’s programs, and Franqui says students have come up with some pretty innovative solutions.

“We saw a student team in Costa Rica build their very own greywater system to filter water for their school’s garden. We’ve also seen schools create awareness campaigns to encourage their communities to switch from single-use plastic water bottles to reusable bottles,” Franqui says. She notes that although they have an adult supervisor, “students take the lead in identifying a local water issue, creating a solution, and spreading awareness through a student-created video.”

This aspect of Grades of Green’s campaigns is key to empowering young people to take action to protect the environment for their and future generations. “The process of setting goals and committing to them provides vision and motivation,” says Franqui. “This is the fuel that keeps people focused and generates a sense of accomplishment.”

She notes that the organization’s programs are having a measurable impact on student-members, citing an independent review of Grades of Green programming showing a correlation between students’ “environmental awareness and their likelihood to take action in their community.”

The organization’s efforts are also having an effect on an individual level. One Grades of Green alumni was inspired to pursue a career in environmental science: “Grades of Green was a huge part of my high school experience, yet my passion for environmental activism has only grown since being a part of the Youth Corps Eco-Leadership program,” he said. “I now am a senior studying Earth systems at Stanford University with concentrations in sustainable food and agriculture.”

“
Today’s students may not be able to vote, but they can still have a say in the policies that will impact them and their communities for years to come.”

As Franqui likes to say, “When kids talk, adults listen” — an oft used statement at Grades of Green. “Today’s students may not be able to vote, but they can still have a say in the policies that will impact them and their communities for years to come,” she says. “We want to inspire and empower students to advocate for the policy changes that they need to care for their environment.”

Notably, that environment, she adds, is the only one we have.

“We have one planet and the next generation will be inheriting it. The sooner we can inspire them to appreciate and take stewardship of it, the greater the chances of success in preserving its health and prosperity,” Franqui says. “Everyone can make a difference; it is never too early to start.”

For more information about Grades of Green, visit gradesofgreen.org. 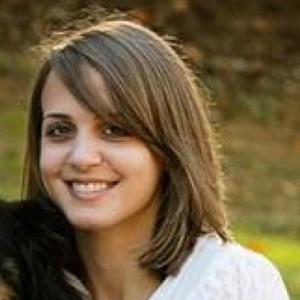